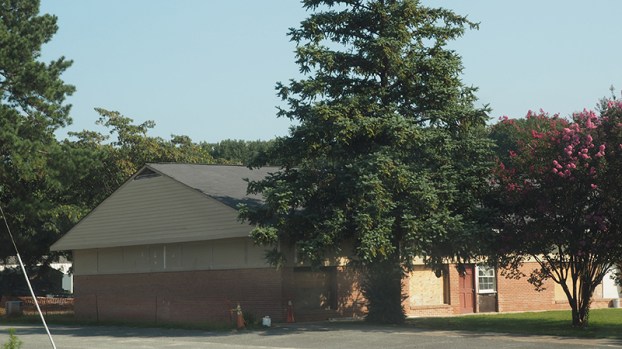 The former James River Christian Academy has been undergoing renovations over the past few months. Its owner, Vincent Carollo, has proposed turning classroom building No. 1 into a daycare facility.

A proposal to renovate the former James River Christian Academy on Benns Church Boulevard into a daycare facility is heading to Isle of Wight’s Board of Supervisors next month with a favorable recommendation from the county’s Planning Commission.

The commissioners voted unanimously with one absent Aug. 24 to recommend applicant Vincent Carollo’s request for a conditional use permit be approved.

The proposed daycare center will be housed in one of the two 9,240-square-foot classroom buildings on the campus. The other remains occupied by Southside Vineyard Community Church.

Both buildings date to the 1970s. During the 1980s, a gymnasium building was added and the roughly 25-acre parcel rezoned conditional residential to allow for the construction of 10 townhouses that served as teacher housing. The school closed in 2007.

“We’ve learned that there’s a big, big need and want, so much so that I think it’s been quoted as a daycare desert by people in Social Services,” Carollo said.

Carollo is the campus’s current landlord. Jamie Mintz, owner and lead teacher of Kids Come First on South Church Street, will be running the new daycare, assuming the project receives final approval from the Board of Supervisors in September.

Mintz still plans to keep Kids Come First open at its current location. The new daycare facility will operate under a different, to-be-announced name, she said.

According to the planning report from county staff, the roughly 9,000-square-foot daycare is expected to generate an average of 100 vehicle trips per day, which is less than the 200-trip threshold that would trigger the need for a formal traffic impact analysis per the county’s Newport Development Service Overlay district regulations.

Mintz already has a relationship with Isle of Wight County Schools’ transportation department for Kids Come First, and plans to continue that relationship when arranging drop-off and pick-up of children at the new daycare.

As the facility is a former school, its parking capacity and existing school bus loop will allow buses to drop off and pick up children without having to stop in the middle of Benns Church Boulevard. “It will keep the traffic off the road,” she said.

A seven-member task force will provide Isle of Wight’s Board of Supervisors with options for redrawing the county’s voting districts... read more