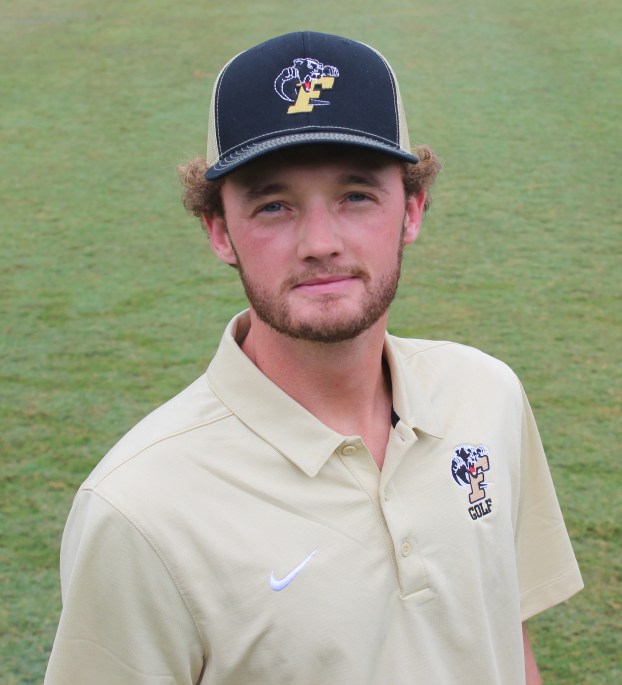 Walsh changes it up at Ferrum

Though his performances didn’t accurately reflect the progress made, Ferrum head coach Erick Cox welcomed the results. “It took him a while to figure it out and commit to it,” the coach said. “Once he fully figured it out and trusted his new swing, he really did perform well.”

The rising junior was in the starting lineup and competed in all 14 rounds the team played. Walsh had a 88.4 scoring average, fourth on the squad, and one top 20 finish.

He said he had a homemade swing during high school, so he needed a change to compete at a higher level.

“It’s kind of an ongoing process starting in college,” said Walsh, who finished fifth among the Panthers in the lone spring 2020 tournament before the pandemic. “Being able to get the reps and making sure I can get my muscle memory down.”

The swing adjustment was intended to improve distance and accuracy on his drives. “Getting off the tee box,” Walsh said, “the drive is really where it shows my flaws.”

His best finish was 20th in a February tournament, when he placed third among the Panthers. He was fourth among the Panthers in four events, including the Old Dominion Athletic Conference championship, and fifth in one.

“His short game is good,” the coach said. “He was hitting some really good putts. They weren’t falling. He had a lot of lip shots.”

When he wasn’t practicing or competing, Walsh and teammate Zach Phipps, also a Windsor graduate, have been creating a driving range on a campus plot he said had been used for baling hay for livestock.

The project is a one-credit practicum for each, he said, and was a daily endeavor much of the spring semester. They brought to the site 920 square feet of sod and have been overseeing the growing period, including the mowing schedule, he said.

The driving range will be fully functional by the fall semester, and a practicum then will focus on building an irrigation system for the range.

“It is a very big deal for Ferrum,” Walsh said. “I’m really, really happy with it.”

In the meantime, he is completing an internship at a golf club in Hilton Head, S.C. With a goal of becoming a golf club superintendent, he is shadowing the superintendents there. He helps monitor and fertilize the greens, “making sure everything is not burning up or growing too fast,” he said.

He is able to practice on the driving range twice a week and play once a week. “I’m making big progress,” he said. “It changes it up for me. I’m able to try different things.”

Windsor High School’s varsity softball and girls soccer teams have advanced to the championship games in their respective Region 2A... read more