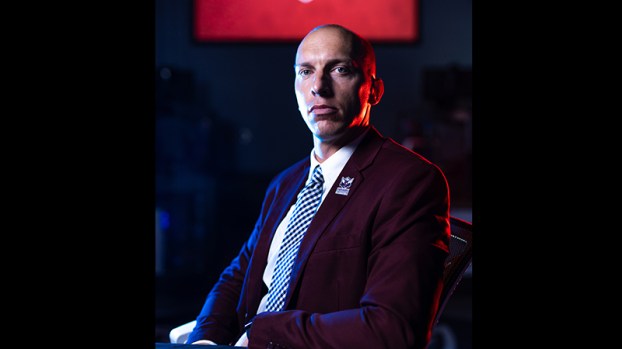 COVID-19 has kept the fate of sports in question for four months now. However, Paul D. Camp Community College is starting a new sport that may be an exception.

An open house is planned from 11 a.m. to 2 p.m. July 25 at 271 Kenyon Road, for the new esports arena. This arena will be home to the Paul D. Camp esports team, the Hurricanes.

Filling this arena are HP Omen computers, a high-end gaming computer brand that will improve the gaming experience. There will also be broadcasting equipment to stream tournaments.

“We are going to be open for gaming business soon,” said Hurricanes eSports Sponsor Dr. Joe Edenfield. “The completed gaming arena is awesome.”

The special guest for the open house is Dr. Joey Gawrysiak, the director of esports and founder of the varsity esports team at Shenandoah University.

Around the world, people know Gawrysiak for esports. He has presented at several gaming and sport management events, including the Sport Management Association of Australia and New Zealand and the Music and Gaming Educational Symposium. He has written several articles, talked on podcasts and radios, and was a speaker on a cruise line.

The open house will include a question-and-answer session led by Gawrysiak. Accompanying Gawrysiak will be Kyler Apgar, former varsity Overwatch player.

“We will be adding speakers as we work to finalize the event,” said Edenfield. “Those will include some competing student e-athletes who will help answer any questions from their experiences.”

Paul D. Camp will follow guidelines and mandates put in place to keep students safe. Face masks will be required, as well as social distancing.

“These are really exciting times for us at Camp,” said Edenfield. “Not only as far as seeing our arena come to fruition, but also the NJCAA recently announced its fall semester slate of games at its Summer Virtual Conference. We intend to recruit for and participate in all eight of these collegiately competitive games.”

The School Board of Isle of Wight County approved several organization changes to division administration at the July 9 board... read more