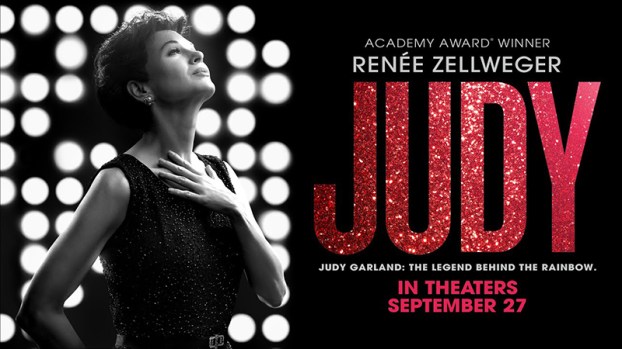 I finally saw one of my most anticipated movies of the year, “Judy,” and boy let me tell you … it was everything I wanted and more. I have been a diehard fan of Judy Garland since I was 5 years old and first saw “The Wizard of Ox.” When I first got Netflix in 6th grade, I made it my mission to see every movie in Judy’s filmography that Netflix had to offer. I currently own almost every biography about her and have watched the made-for-TV movie “Life with Judy Garland: Me and My Shadows,” starring Judy Davis and Tammy Blanchard, more times than I can count. I am laundry listing all of this not to bore you with my fangirl ways, but just to emphasize that “Judy” had a lot to live up to for me.

Not only did “Judy” meet my expectations, but Renee Zellweger’s incredible performance is the best I have seen this year. Let me be clear, Renee has been amazing throughout her entire career. I think her turn as Roxie Hart in “Chicago” is a masterpiece … and don’t get me started on “Bridget Jones’s Diary.” But the way she captured Judy Garland in the last year of her life is absolutely extraordinary. I have seen some early praise for Zellweger’s performance, but less enthused reviews of the movie itself. However, it’s hard for me to imagine not liking the film and still loving Renee’s performance because she IS the film.

Just like Judy, Renee left everything — her heart and soul — on stage. Yes, she sang and danced to Judy’s iconic songs. And yes, her incredible hair, makeup, and prosthetic team enabled her to look SO MUCH like the Hollywood legend. But where Renee’s performance really got me was in the quieter moments, when you can really see her portray Judy as she was off-stage, Frances Gumm, and not the glitz and glamor Hollywood persona of **Judy Garland.** Renee is a shoe-in for a Best Actress nomination at the Oscars, and I will be shocked/start organizing a riot if she doesn’t win.

“Judy” could have easily fallen into the trap of being a biopic sob story focusing on a legend’s downfall instead of their legacy. And believe me, the movie does not gloss over the fact that Judy was troubled, frail and close to succumbing to the effects of the addictions that Hollywood bestowed on her. But instead of staying in these moments, or even bringing up some of the more salacious, personal stories that I would prefer not repeating, the film instead shines its spotlight on Judy’s warmth, kindness, and love for her fans. My favorite moment of the film was Judy interacting with two of her biggest fans, who happened to be gay men. Not only because it showed Judy’s incredible heart and childlike innocence to trust strangers, but also because it was a nod to Garland’s large gay fanbase that have ensured her legacy lives on.

The filmmakers got it right when they decided to have Zellweger sing Judy’s songs instead of lip-syncing to Garland’s voice. As the film spans the last year of Garland’s life, her voice was not what it once was, so it was not distracting to have Zellweger create her own interpretation of the iconic songs we know and love; and she sang many of the songs live. We know after “Chicago” that Renee can sing, but it was incredible to see her change her voice to slightly mimic, though not fully impersonate, the iconic inflections in Garland’s voice.

I also liked that screenwriter Tom Edge centered the storyline on the last year of Judy’s life with flashback scenes sprinkled throughout instead of trying to make a movie about her entire life. The only slight criticism I have is that I wish they had chosen a different actress to play young Judy—not because the actress was bad, but I just didn’t think she had the same look and charisma as her counterpart. I wish the flashback scenes were more akin to Tammy Blanchard’s uncanny performance as young Judy in “Me and My Shadows.”

I have always felt a kinship with Renee Zellweger, defending her to friends and (most disappointingly) female colleagues who made rude comments about plastic surgery and not taking into consideration the pressures Hollywood has put on actresses like herself. Those ridiculous moments of criticism on Renee very much reminded me how Hollywood (and the public) treated Judy. I know there are different issues at stake, but it still points out that despite it being 50 years since she died, the struggles Garland faced throughout her career still live on.

I am very invested in Renee winning all of the acting awards she possibly can this year so that she AND Judy get the recognition they deserve! I only wish Judy were around to see it.

WINDSOR Mr. and Mrs. Donald Sproul of Windsor, Virginia, are pleased to announce the engagement of their daughter, Angela Lynn... read more